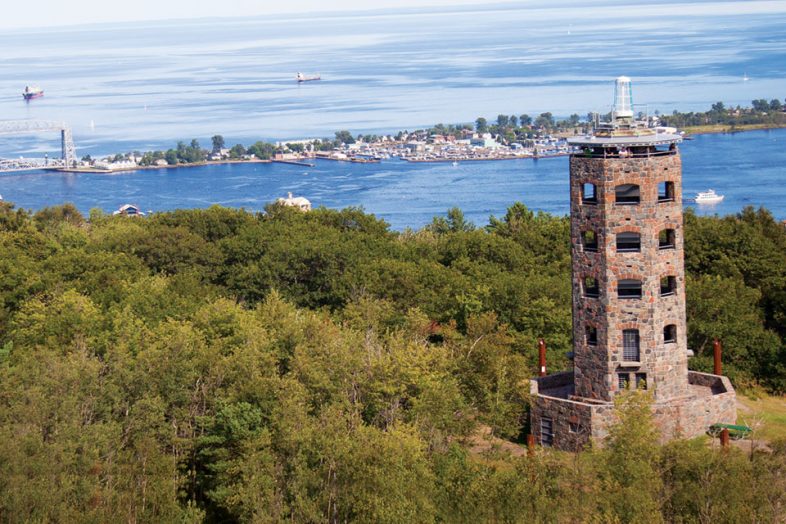 Built in 1939, Enger Tower, a 5 story structure constructed of national Blue Stone taken from this region, stands guard from the top of the Duluth skyline. Looking out over the Duluth Harbor and the St. Louis Bay, the green beacon mounted at the very top of the western Duluth hillside brings it to 531′ above the level of Lake Superior.

The tower was dedicated by Crown Prince Olav and Crown Princess Martha of Norway on June 15, 1939. The dedication was in honor of Bert Enger, a native of Norway who came to this country and became a successful furniture dealer. At the time of his death Mr. Enger donated two thirds of his estate to the city of Duluth. This included the land known as Enger Hill which includes Enger Tower, the park and Enger Golf Course.

There are numerous lookouts at each level of the octagonal tower, with a stair case taking you all the way to the top. Each level offers fantastic photographic opportunities from every vantage point. 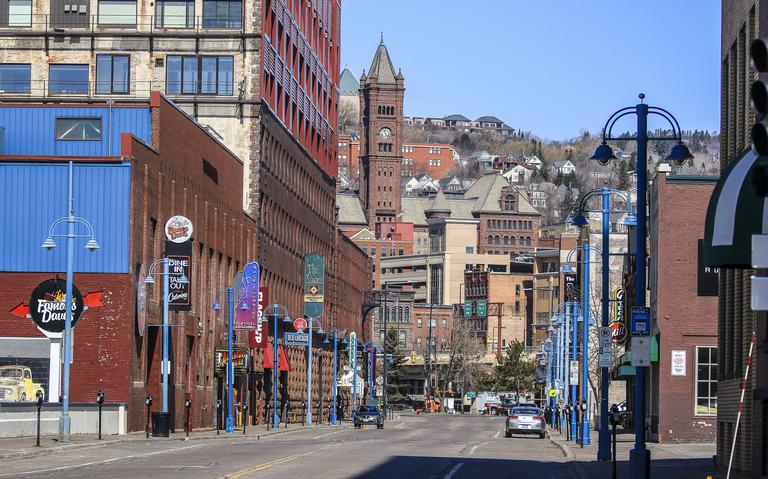 Welcome to Twin Ports Premier.
Lost Your Password?
or

For faster login or register with your social media account.